Gian Lorenzo Bernini was born in Naples in 1598, his father Pietro was a famous Florentine sculptor active in the Certosa San Martino in the service of the Viceroy.
In 1605 the family moved to the capital where the Pope Paolo V was giving great impetus to the arts. In Rome Gian Lorenzo, although still a child, has the opportunity to observe the work of the great artists of the 17th century and grows cooperating with his father, a great master of sculpture.

His talent hits the Cardinal Maffeo Barberini, an art lover and collector, who commissioned him several works between 1617 and 1619; meanwhile another cardinal, Scipione Borghese (1577-1633), favorite nephew of Pope Paolo V, more powerful and ruthless than Maffeo Barberini, understands the great potential of the young Bernini and commissioned him a big sculpture (height 220 cm) to enrich his villa, the work will have to tell the story of the Aeneid where Aeneas escapes from Troy with his paralyzed father on his shoulders and his son Ascanius.

Aeneas, Anchises and Ascanius (1618-1619) is still suffering a bit of the influence of Pietro, but Gian Lorenzo already demonstrates a perfect knowledge of the human body and a great ability to represent the expressions; in a single work we can see three different body types matching the ages of the characters: the soft and curvy Ascanius, still young, and the vigorous and strong Aeneas create a constrast with the frail and wrinkled Anchises, marked by time and fatigue,

When the work was placed in a room on the ground floor of the villa (now the Galleria Borghese), Cardinal Scipione was so excited that he wanted another one, this time the myth was the abduction of Proserpina (Persephone in Greek) daughter of the goddess of Agriculture Ceres, by Pluto god of the Underworld, who fell in love with her (Sala dei Gladiatori).

The Rape of Proserpina (1621-1622) tells the climax of the story: Pluto grabs Proserpina to lead her to the Underworld and make her his bride, she tries to push him away, asking for help to heaven and crying tears of despair while, at their feet, the dog Cerberus, guardian of hell, stands.

Looking at Pluto’s hands pressing on the side and thigh of the girl, we can understand Bernini’s great talent in turning marble into meat or, like critics often say, into foam rubber,

In a single pose the artist portraits different moments. With the changing perspective the statue narrates first Pluto’s chase after Proserpina, then the god grabbing her and last the young woman held firmly who in vain tries to free herself.
Scipione Borghese donated the sculpture (height 255 cm) to Cardinal Ludovisi for his villa, but in 1908 the Italian State bought it and brought it back to the Galleria Borghese (Galleria degli Imperatori).

Between 1623 and 1624, Cardinal Borghese is able to have, once again, a Bernini sculpure to add to his collection, it is the David (height 170 cm). As in the artists’ tradition, even the twenty-five Gian Lorenzo decides to lend his face to the young jew hero and, as in the Rape of Proserpina, presents the action in the moment of maximum tension. David lays at the foot the harp and the bulky armor, the sling is ready, his face is contracted in a grimace of concentration, physical and psychological effort is evident throughout the picture, the viewer has the feeling that the statue moves (Sala del Sole).

Apollo and Daphne (1622-1625), the last of the four sculptures in the Borghesiana Collection (height 243 cm), is realized simultaneously with the David to replace the Rape of Proserpina donated to Cardinal Ludovisi. The myth tells Apollo madly in love with the nymph Daphne bound to the vow of chastity; the scene, as always, takes the most dramatic moment of the whole action: Apollo is going to stop Daphne, but at the contact with the beautiful god she is transformed into a laurel tree in an attempt to protect her virginity. Metamorphosis is instantaneous, the feet are now roots, the arms become branches and the hair get longer merging with leaves and branches. The drama under the eyes of the viewer is an absolute masterpiece of sculpture of all time (Sala Apollo e Dafne).

We believe it is right to mention also other works by Bernini in this museum: in the Sala dei Gladiatori, The Truth is a huge sculptural allegory (height 280 cm) made for his family between 1646 and 1652 but never completed and donated to Galleria Borghese by heirs of Bernini in 1924.
On the upper floor, in Room 14 that Loggia Lanfranco are preserved the two Busts of Cardinal Scipione Borghese, the Bust of Paolo V Borghese and three paintings: Portrait of a boy, Self-portrait as a young man and Self-portrait as a mature man executed between 1638 and 1640 when the artist was forty-two.

Gian Lorenzo Bernini died in Rome November 28th, 1680, he is buried in the family grave in the Basilica of Santa Maria Maggiore.

Text and photos by Orsetta Berni and Margherita Loffredi 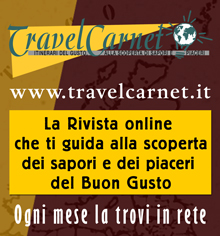